Samsung's upcoming Galaxy A3, A5, and A7 smartphones have so far been leaked a lot. That said, none of them has gotten official yet, so to get information about these handsets we have to look to other sources.

Take the FCC for example. The US certification authority has just given the all clear to the Samsung SM-A300H/DS. According to the FCC documentation, this will be a 3G-only variant of the Galaxy A3, one that will furthermore come with dual-SIM support (hence the "DS" in its model number). 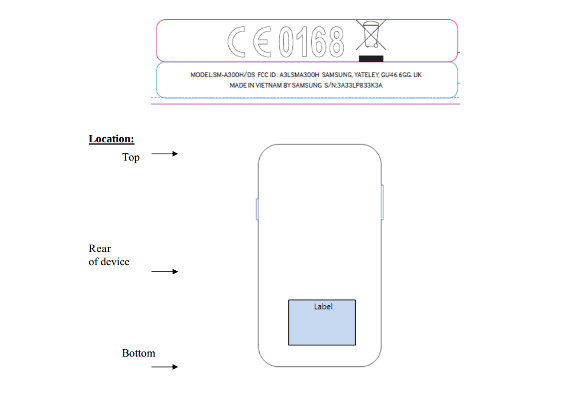 The lack of 4G LTE connectivity means this particular SKU could be targeted at markets where there are little to no LTE deployments. Obviously though, the Galaxy A3 should also become available in at least one 4G-friendly iteration, though that will have a different model number.

Aside from being the smallest of the three A siblings, the Galaxy A3 is also going to be the lowest-end. It's been rumored to come with a 4.52-inch 540x960 touchscreen, an 8 MP rear camera, a 5 MP front-facing snapper, a Qualcomm Snapdragon 410 chipset with a 1.2 GHz quad-core CPU, 1GB of RAM, 8GB of built-in storage, and microSD card support. It should run Android 4.4.4 KitKat from day one.

samsung galaxy A3 supported for 4G

anybody know the price of a3

Not make me impressed at all. Just make me bored of Samsung. Please Samsung stop thinking how to be release new phone instead how to be increase quality of after sales service