Samsung might be busy with the market release of the Galaxy S4 flagship, but it is also hard working on a new devices. The latest leak sheds some light on the upcoming GT-I8262 Galaxy Core smartphone.

The Samsung Galaxy Core is reportedly a dual-SIM droid with a 4.3-inch WVGA display, a 1.2GHz dual-core processor, 768MB of RAM, 8GB internal storage expandable via a microSD card slot, and a 5MP camera. It also comes with Wi-Fi connectivity, Bluetooth 4.0 and GPS. 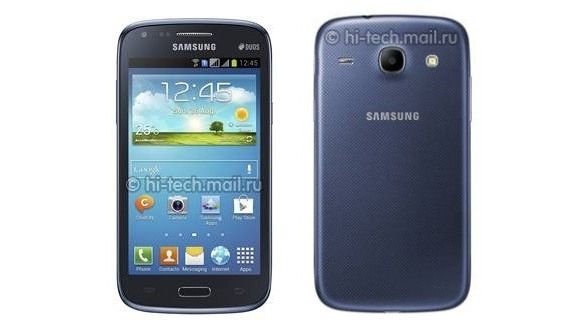 As the rumors has it, the Galaxy Core is expected to hit Russia and China in mid-May. It should cost about €320.

it is good for rough using

it is good for rough using

Hi friends, I am using this phone for 2 months, I am really enjoying this. Some people r talking about battery back up, but u know the latest smart phone takes little bit extra power to run those huge application. And the hard were are far better tha...