Update, May 27: As it turns out the Samsung Galaxy Star Duos is already available for purchase online in India.

Samsung announced the Galaxy Star in the beginning of April. It is a low-end droid, which will redefine the smartphone landscape with its rock bottom pricing.

The little smartphone runs on Android 4.1 Jelly Bean and is powered by a single-core 1GHz processor. It features a 3" QVGA display, a 2MP snapper, 512MB of RAM, and an expandable 4GB worth of an internal storage.

The most important thing that we take away from Samsung's announcement today about the dual-SIM S5282 Galaxy Star hitting the shelves in India on July 31 is the ground-breaking (literally) price point.

The S5282 Galaxy Star will cost only around €70, which is straight feature-phone price segment and probably makes it the cheapest smartphone to be made by a major mobile phone manufacturer to date. 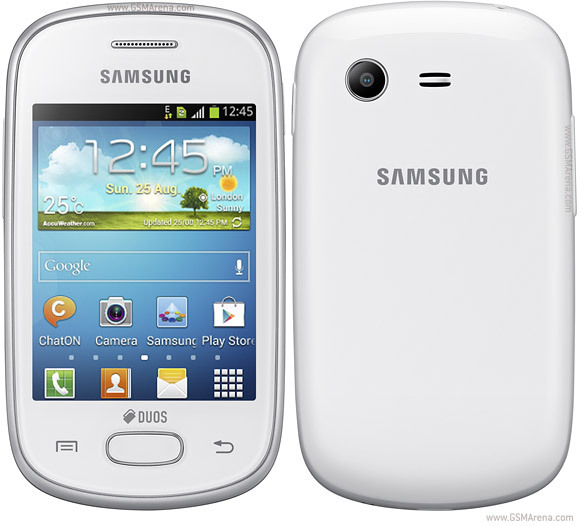 We hope the smartphone's availability in other countries around the world won't take long after the Indian launch on July 31.

There is still no official pricing and availability on the single-SIM version (S5280) of the Samsung Galaxy Star, but we bet it will launch about the same time.

I still using that phone till now, the battery Still functioning , i like this phone.