Asus cherry-picked the best Snapdragon 845 units, the ones that can clock up to 2.96 GHz. This binning process gives the ROG phone a 200 MHz advantage over other flagships and gaming phones. To keep the faster chips cool, Asus put a copper heat spreader on them and connected it to a 3D vapor chamber. Was all of that worth it? Let’s look at what the early Geekbench scores have to say.

And the answer is - yes, there’s an advantage, but it’s slim. To be fair, the ROG phone is launching next quarter, so there’s time to improve on those results even further.

For example, it’s not clear if the benchmark benefited from the X Mode, which disables the four slow cores in the Snapdragon 845 and increases the minimum clock speed of the four big cores.

As you can see, the big cores provide most of the power in multi-core tests. With one core scoring around 2,500, four of them should hit 10,000. Except they don’t because of heat – one core can run cool, four need to clock down. So, disabling the four small cores leaves some headroom for the big ones to show their best. 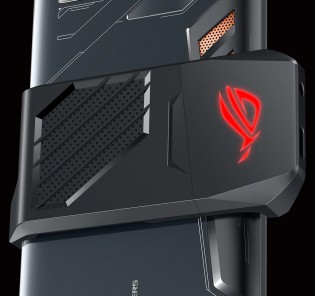 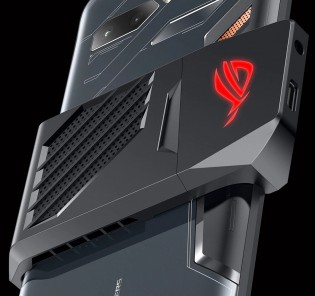 The AeroActive cooler for the Asus ROG phone

Asus does offer an active cooling solution, the optional AeroActive cooler, for those long gaming sessions.

If price tag above 700usd...adios asus see ya next year...try lern zen phone 5 if not for different 200mhz wait until January not bad next snappy...

And in real life usage is probably not even close to 500gflops, cause of throttling fighting overheating. And far cry to Xbox one with 1.3 tersflop

The term 'mid-end' doesn't make any sense, but it's okay if you prefer to call it that way.