We'll get one thing straight right off the bat, in hopes of at least mitigating the potential avalanche of comments - what we have here are early conceptual renders. As such, the best we can hope for in terms of authenticity is that they reflects the design direction LG is exploring for what credible leakster Evan Blass says will be the LG V30. 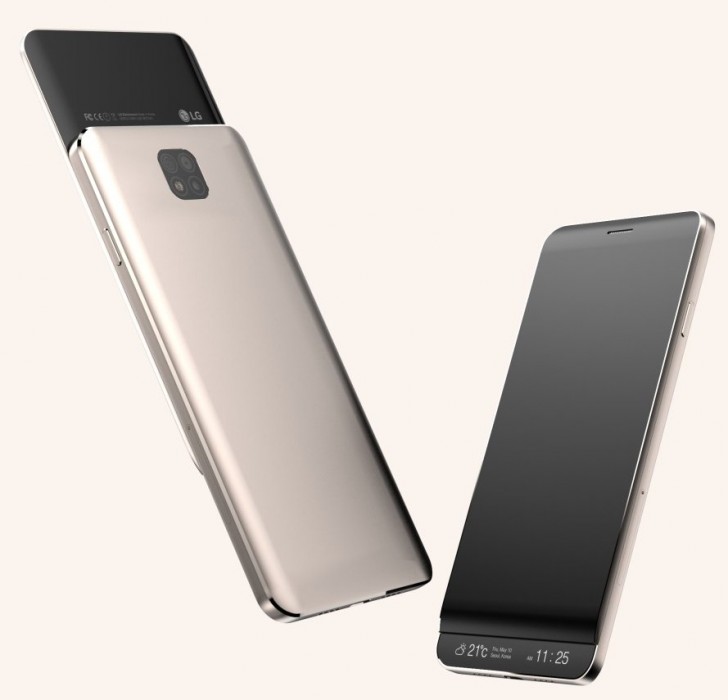 To quote him directly: "this is an old-ish mockup of Project Joan, a.k.a. the LG V30. Not clear if the project is still headed in this direction". For one, there is already another recent leak, claiming to show a much more traditional front panel design for the V30. With that out of the way, it doesn't take too much imagination to realize the potential of such a design. 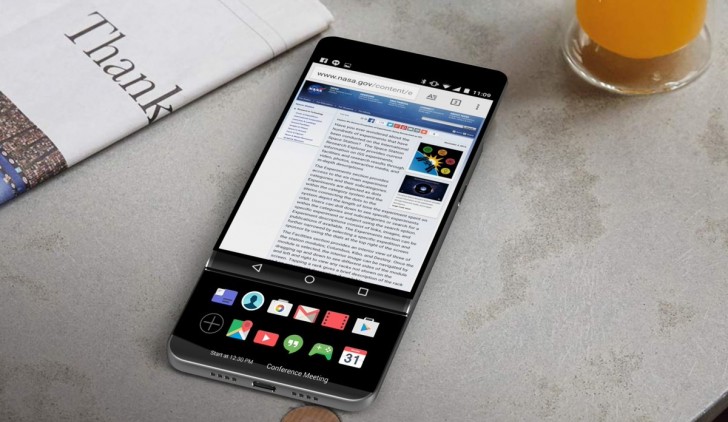 From the looks of things, it seems LG is envisioning (or at least was, at some point) a big main display, sliding over the better part of a smaller one, sort of like an extending keyboard (think the BlackBerry Priv). Still, in its fully closed state, a small part of the secondary panel remains visible, likely acting as a next evolutionary step in the design of the "ticker" display, LG employed on the V10 and V20.

That being said, we can only imagine all the existing second display functionality will be left intact and only built upon further. As for other possible usecases, Evan was nice enough to provide some mockups of what we can assume were some options LG itself explored. Having a keyboard there and saving on main screen real estate is a no-brainer. But looking at the other examples, LG also envisioned some pretty cool and in-depth app or scenario dependent shortcuts and interactions as well.

Last, but not least, we can only hope that a potential real-world implementation looks as good and fluent when stretching an image over both panels, like the last render suggests. What's your take on the concept design? Do you think there is merit in reviving older form factors with a 2017 curvy, bezeless and perhaps even flexible display twist?

if the design is like this, and as long as there will be no problem to its' flex( that thing that connects the other slide part to the main body) I would love to buy 1, the design is so cool, I'm currently using s7edge and Sony XA Ultra now, but is t...

At one point I owned a BlackBerry Priv. I returned it in part because the system on chip ran really hot/had noticeable thermal throttling issues. Also, keyboards sliding cover often got in way playing video games. Keyboard functionality was as odds f...

I'm not surprised. LG before had the slide down crystal transparent keyboard which I thought was soooo cool. But any wise man knows that any moving parts (specially slides) are more prone to defects.