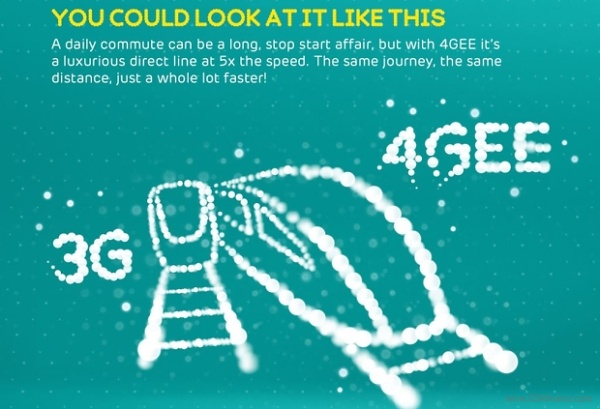 EE will be increasing its network capacity to 20MHz by June for the 4G consumers in 10 cities - Birmingham, Bristol, Cardiff, Glasgow, Leeds, Edinburgh, Sheffield, Manchester, London and Liverpool.

The good news for all the EE consumers is that the data caps and the pricing will remain the same despite the increased speeds. Of course you will now be able to use all your allotted data twice as fast, so be careful with your downloads.

speeds up that we ll use LIMITED DATA EVER SOONER to go over limit and pay astronomical money for every each megabyte .. very cheeky clever EE :-D

HEy, do someone knows what happened to Orange?

lol ;) nice one :) i already have screenshots with 30Mbps on their current network :) can't imagine what doubling this would be like :) 80meg - damn thing will be faster than my Virgin Fibre Optic home broadband ;) :D wow