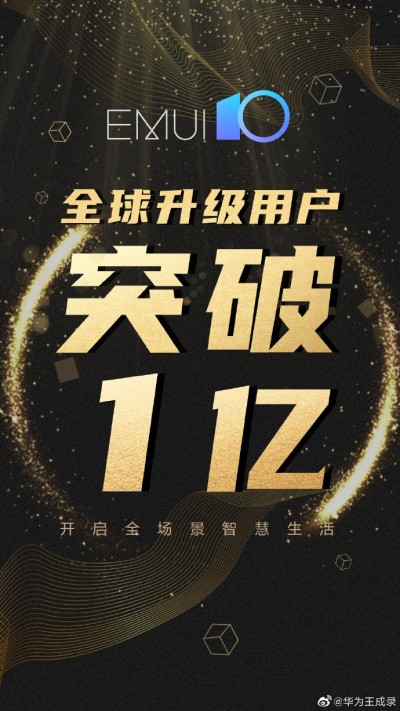 Huawei launched its EMUI 10 in September 2019, and it has been updated most of its flagships, midrangers, and even some entry-level smartphones since.

On January 22, the company announced that 50 million devices around the globe migrated to the new user interface, and now, two months later, the number has doubled to 100,000,000.

EMUI 10 is based on Android 10 and brings a new interface, redesigned apps and system-wide Dark Mode.

Other interesting features EMUI 10 has are the latest GPU Turbo, improved security settings and overall fixes of performance bugs.

Phones that already had Google Services out of the box are keeping them with the switch to EMUI 10. Other recent launches like the Mate 30 family or the Honor 9X Pro come with Huawei Mobile Services, which we examined in detail just recently.

Can't believe P20 Pr0 is still on Version 9, such a brilliant Phone, looks like I will have to go back to another 5 if Huawei don't bring an up date out soon.

Yet no update for honor 10.

I am in South Africa I got mine.