The Xperia J leaked a few times before and we already know everything there is to know about it. This time though, the photos are a lot clearer and show three different flavors of the phone. 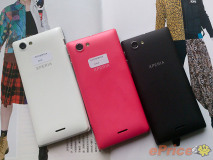 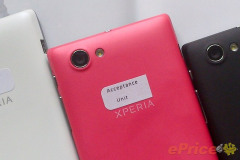 The Xperia J is rumored to be an entry level droid based on the dated Qualcomm MSM7227(GSM)/MSM7627(CDMA) Snapdragon S1 chipset, which features a 1GHz Scorpion processor and an Adreno 200 GPU. The phone is built around a 4-inch WVGA TFT display and packs a 5MP camera with LED flash plus the whole connectivity shebang – Wi-Fi, GPS, 3G with HSPA and Bluetooth.

The Xperia J is expected to launch with Android 4.0 Ice Cream Sandwich. The official announcement should happen at this year’s IFA in the end of August.

I'll have one of them. Preferably the blue one pls.

Well then good for you if you understand the difference between entry level and high end range, coz most of these people dont!

Your thinking are sooo outdated!!!Sony forever