In an interview with Bloomberg yesterday, Google's CEO Eri Schmidt said Android is quite clearly winning its war against iOS. Schmidt compared the rivalry between Android and iOS in the mobile OS space to the Microsoft versus Apple debacle 20 years ago. 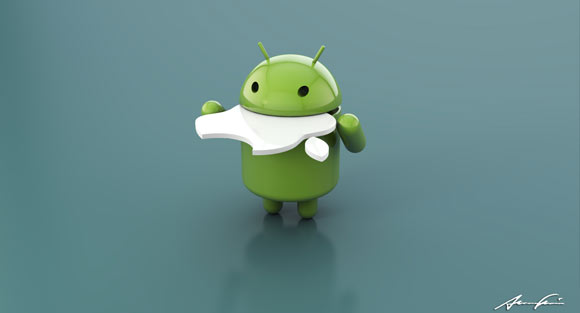 This is a huge platform change; this is of the scale of 20 years ago -- Microsoft versus Apple. We're winning that war pretty clearly now.

He also added that now new users are activating more than 1.3 million Android devices a day. In the third quarter alone, Android took 72 percent of the market, while Apple's iOS managed just 14 percent.

"The core strategy is to make a bigger pie," Schmidt said. "We will end up with a not perfectly controlled and not perfectly managed bigger pie by virtue of open systems."

May be or may be not, Androids get 72% with most budget phones. Better is iOS.

Trust me, if you are Android users especially the original Note you gonna love Note 2, as you are already get used to huge screen phone. It's a huge leap upgrade and improved design for one hand using purpose (slimmer and taller).

"We will end up with a not perfectly controlled and not perfectly managed bigger pie by virtue of open systems." That's just one peril of open source projects... fragmentation! But same goes for PC world: Not all of us are using Windo...