Essential confirms its next product is in early stages of testing

Essential, a company founded by Andy Rubin, has just become relevant again after XDA-Developers has just received confirmation from an Essential spokesperson that the company is indeed working on a new device. Said device is still in the early stages of testing – here is the statement to XDA

…We’ve previously shared that the Essential team is working on a new device. It is now in early testing and we look forward to sharing more details in the future. – Essential spokesperson

The statement came after XDA investigated a commit entry from an Essential software engineer. After putting clues together (you can read more about that in the Source link), it was deduced that the device referenced by the Essential engineer was running Android Q with July 11 build, and was using an open source alternative to Google’s Play Services framework. In addition, the device was using a Snapdragon 730.

It’s possible that the hardware used was simply used to test whatever Essential plans to produce. There isn’t much evidence as to exactly what that is. Last year, Bloomberg reported that Essential was working on an “AI phone”, one that could automatically respond to messages and perform tasks, but this rumor is neither confirmed nor denied at this point.

I am excited at the prospect that Essential plans to release a new device. The Essential PH-1 was something with a fresh look (after all, it was the first to use a notch), and it used unconventional materials with durability and aesthetic in mind. 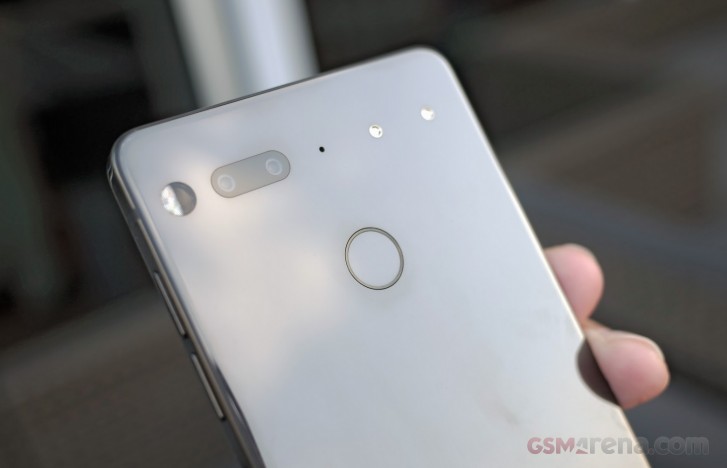 The PH-1 was criticized for having a weak camera out of the gate and a high price point (it launched for $699). Dropping the phone’s price by $200 wasn’t enough to help sales. In any case, the company has had time to recoup and rethink its strategy.

The Essential PH-1 was certainly a unique device. It had a premium titanium and ceramic build, which even today, nobody bothers to attempt to mass produce. The phone also had virtually no bloatware and a near stock android experience with OTA updates arriving the same day as Google released them. In fact, today it's one of the handful of devices running Android 10.

After rumors of a second device were shot down when the phone maker cancelled development of a PH-2. Since then, the company has only been around to support its first generation of customers but did offer some hopeful words last December. It cancelled its second-gen phone, unofficially known as the PH-2, due to low sales.

I wonder what phones the people who say that the PH-1 is the best phone they had came from. The original Razr?

So what is this all about???

I had an essential. It was beautiful and a decent phone overall. However, it did overheat at times and it was smaller than expected. Ended up returning it to get a note 8.