Essential Phone goes on pre-order at Amazon and Sprint too, ships in a few weeks

The Essential Phone has been up for pre-order at Best Buy since the beginning of this month, but only in its unlocked form. Now that model is joined at the retailer by the version of the PH-1 that's made for Sprint.

What's more, the carrier itself has started taking pre-orders for the Essential Phone. If you choose to purchase a Sprint-bound device (either from the carrier or from Best Buy), you can save about $260 through bill credits.

The caveat is that you have to choose Sprint's Flex leasing plan. You'll pay $14.58 per month for one and a half years, and then you need to decide if you want to keep the Essential Phone or go for another handset. If you pick the former, you'll need to shell out around $175. The grand total sum you'd pay in this case adds up to $440, give or take, which is $260 less than the $700 recommended retail price. Note however that Sprint's full retail price is $749.99 for whatever reason. 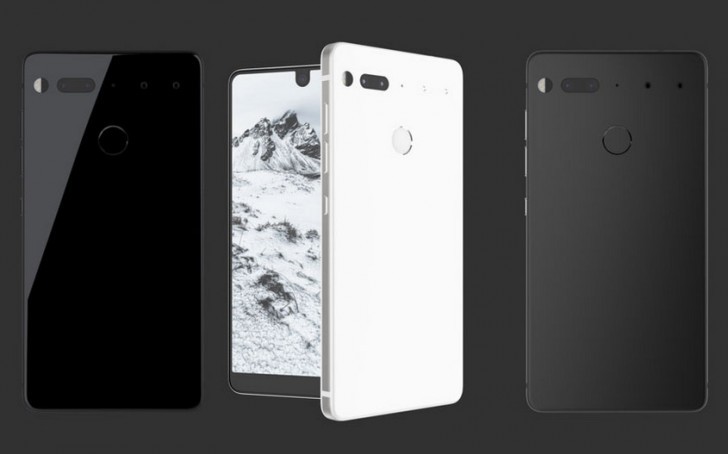 The carrier says it will ship pre-orders on August 28, while if you buy from Best Buy that will happen on September 1. If you'd rather buy unlocked, Amazon is now an option too, where the Essential Phone is priced at $699 and will be released on September 1.

Finally, if you buy straight from Essential's own online store, for a limited time you can bundle the 360-degree camera accessory for only an additional $50 - so for $749 you get both the phone and that camera. That's a $149 discount considering that the 360-degree camera's recommended retail price is $199.

As of now all of the above only applies to the Black Moon color version. The white variation, as well as that green/copper combo will be out at a later time.

How so, please enlighten us about the specs of that phone. I hope that its made of titanium materials for the case not aluminum. and I hope so, that its snapdragon for the processor.

that hole in upper middle of the corner is a camera, right? the only smartphone brand made that! its kindda amazing :)