Less than a couple of weeks after it was halted due to bugs, the European roll out of the HTC 10 Nougat update has resumed - the update is currently hitting units in the UK. 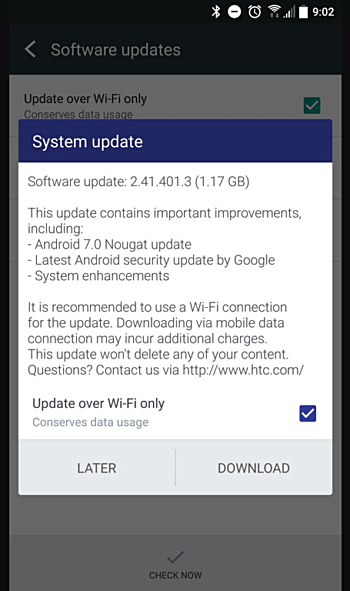 Arriving as software version 2.41.401.3 and weighing in at 1.17 GB, the update - aside from Android 7.0 - also brings along latest security patches for Android as well as some system-related enhancements.

Given that it's an OTA roll out, it may take some time for the update notification to pop up on your device's screen.

can anyone update when is it coming in India ? ..