Last week a couple of leaks brought us an extensive assortment of promo images and leaked live shots of the upcoming Moto M, following an earlier batch from September. And today we have two more live images of the phone to add to the growing list.

Once again they originate from China, where we assume the Moto M will go on sale first. As you can see, the picture to the left shows us the handset's information screen, confirming that it will run Android 6.0 Marshmallow, with the September security patches. Its model number is XT1662. 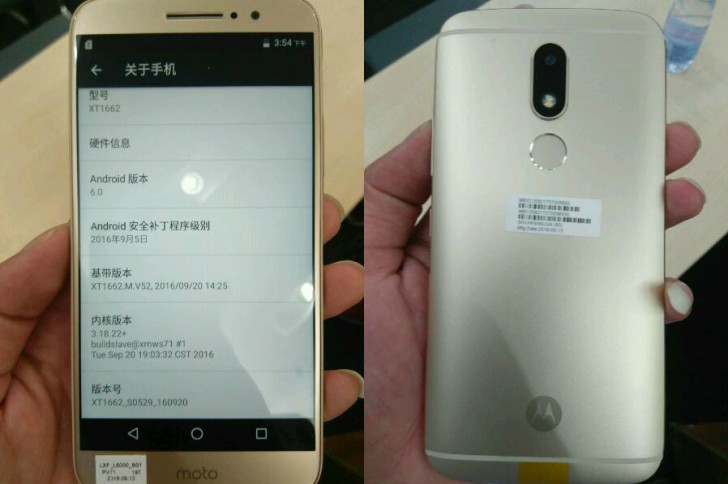 The Moto M will be the company's first smartphone to host the fingerprint sensor on its back. It will come with a full metal construction, and a curved back that makes the handset thinner at its edges than in the middle. The Moto M was certified for sale in China by TENAA all the way back in August, so we don't know what's taking Motorola so long to finally launch it. Hopefully that will happen soon.

So basically Motorola has now become a full fledged average Chinese phone company much like it's parent company Lenovo, and also on the same level of Meizu, Elephone, Bluboo and Vernee. Just another average face in the crowd of cheap low budget hands...