The Nokia EOS, the company's upcoming Windows Phone-running cameraphone flagship is going to be called the Lumia 1020, according to evleaks. More often than not, the famous Twitter user is right in its predictions, so there's good reason we trust the latest Tweet, stating just "EOS = Nokia Lumia 1020". 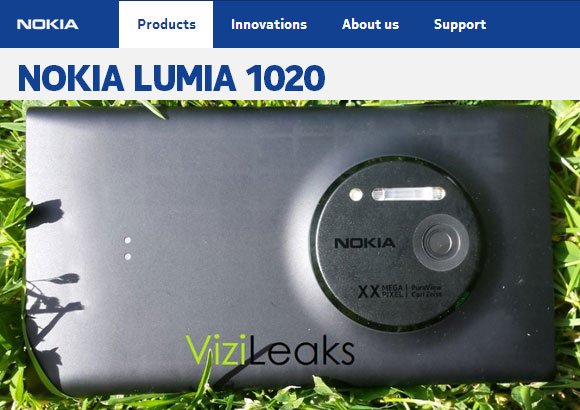 While it was believed for a while that Nokia may come up with a brand new name for its camera-centric Windows Phone 8 smartphone, something in the lines of "EOS", it seems the Finns have decided to stick to their familiar naming scheme. Considering the series of leaks we've had of the smartphone and its resemblance to the Lumia 920, it's logical for the company to go a step further and give the EOS an official name - the Lumia 1020.

Nokia has confirmed in its latest teaser image that the Nokia EOS Lumia 1020 is going to pack a 41MP camera. The rest of the details will be unveiled on July 11, when Nokia is holding its special event for the device. We'll naturally be covering the event live for you, so make sure you stick around when the time comes.

I hope the organisation for the memory is better developed tho.... that in the 820 and 920 series...

At last, a phone to give the Windows Phone 8 OS a definitive USP and a fighting chance at making a proper impact on the market.