Sprint recently announced that they will be updating their first 4G handset, the HTC EVO 4G, to the latest version of Android this Friday and just as they promised the update is now available to download to anyone who’s willing to manually check. 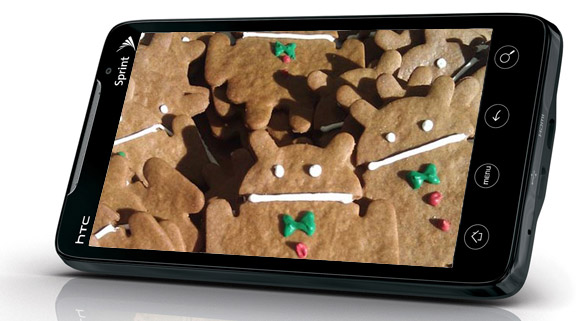 According to the official changelog, the 2.3 update brings with it some bug fixes to the Gmail and messaging application along with the usual Gingerbread goodness.

However, we are also hearing reports of compatibility issues with the Netflix application after updating. Netflix has acknowledged this issues and is currently investigating it. So if Netflix playback is important to you, you might want to hold on to the update till the official fix comes out.

would have been nice to know it wasn't gonna work. I snuck this phone into prison so I could watch netflix and now I'm gonna be jerking it more often....Dang I shouldn't have Shood this phone! I should have stolen a Nokia...

My phone is running 2.2 and Netflix is still not working...not sure if the update has anything to do with it. Cant find netflix in the market place either. Seems like netflix has some work to do.