There are many rumors about the Samsung Galaxy S8 but it can be hard to tell which are credible. A case maker (which prefers to remain anonymous) sent us 3D renders of the S8 based on accurate schematics.

They are only three images but tell plenty. First off, Samsung has taken the “edge” design forward, the side curves of the display are much more pronounced, pushing the bezels out of sight. Something else was kicked off the front - the Home key. That was moved on screen and the fingerprint reader it used to house was pushed under the glass.

Notice that there are speaker grills both above and below the screen - the Galaxy S8 will have stereo speakers. Also, the 3.5mm headphone jack is safe (phew!), but the USB port is uncertain. From this angle, it looks like microUSB, but with both the Note7 and Galaxy A 2017 phones using USB-C we find it unlikely that Samsung will go back. 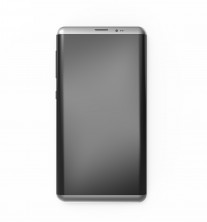 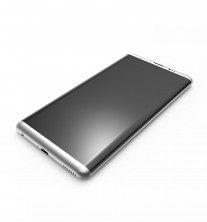 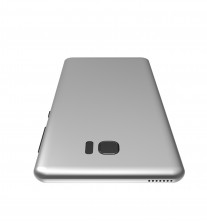 Finally, there’s no dual-camera to be seen. However, the most recent rumors suggest that only the Galaxy S8 Plus model will have one.

With stricter testing procedures in place, the launch date for the Samsung Galaxy S8 is reportedly set for April 18, thirteen months after the S7 and S7 edge were unveiled.

Small phones have small batteries. They have to cut back on something to maintain a useful battery life on those.

There are not many options in when it comes to small phones. Samsung galaxy A series and Iphones and a few Sony devices. Also, all of these small phones have inferior chipsets and they don't even come with all the productivity apps or functions. :( ...