After we published the Samsung Galaxy Grand Neo specifications, we received additional availability info. The 5" Android will start selling in Europe (Belgium at least) in Week 7 this year – that's February 10-16. 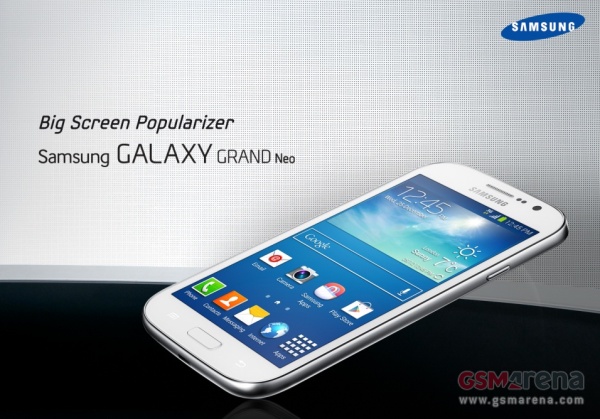 As we reported earlier, the Grand Neo will cost €300 (after tax) in Europe. That would put it in competition with phones much more capable than it. We'll see if Samsung actually prices the phone that highly or if there's something special about the handset.

Thanks again to our anonymous tipster!