EXCLUSIVE: here's why the HTC One 2014 has two cameras

HTC experiments with cameras to set its One phones apart and The All New One will have two cameras but we didnt know why until now. We have a photo of a Telstra (a big Australian carrier) brochure detailing the phone's feature and confirming the "all new" name. 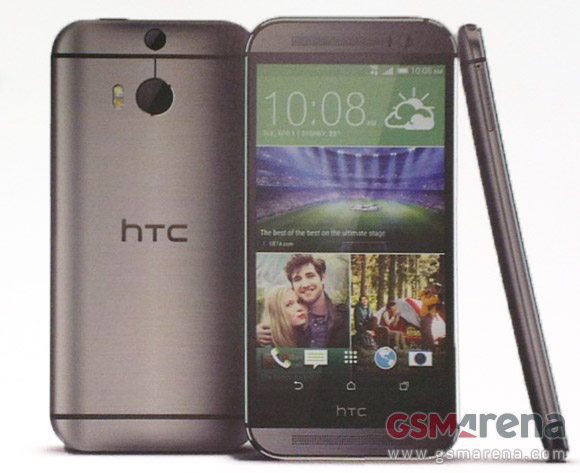 The adjustable focus has become very popular since Nokia released the Refocus app and all flagships have it  the Galaxy S5, the Xperia Z2 and the LG G Pro 2 have it. However with two cameras on board the 2014 One won't have to do multiple shots with one camera and should yield better results.

HTC had a dual-camera, 3D-shooting phone previously, the HTC Evo 3D, but that didnt work out great.

It remains to be seen if HTC's gamble will pay off, plus we still don't have many details  camera resolution, optical stabilization, video resolution and so on. The dual-LED, dual color flash is a lock though.

Other feature of the All New HTC One that the Telstra brochure details are the 5" 1080p screen, BoomSound speakers on the front and double tap to wake.

A big thanks to our anonymous tipster!

how about a flash on the front for guys like me who don't want help......

Great ... But don't u remember who made the first Palm held device ..... I don't think it was Nokia or apple .it was htc, who made that... So did these companies make the 1 st touch phone not actually rite .... So they must have made the first 4g pho...

then what you are getting