We received exclusive information about the Honor 30S, the first phone in the series (the first to leak, at least). The Honor 30 lineup will be unveiled in China at the end of the month, here's what we know about its most modest member so far.

It will be a 5G-connected phone, thanks to a brand new chipset - the Kirin 820, Huawei's first mid-range 5G chipset. The phone will support 40W fast charging, 10V at 4A, as you can see in the certification by the 3C.

We also received a better-looking render from the one that leaked earlier. It shows that the Honor 30S will have a quad-camera - the design is similar to the V30 phones, but there's an extra module on below the flash. 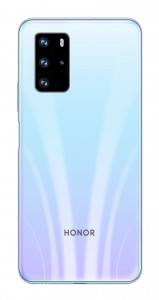 You can just about make out the recess for the side-mounted fingerprint reader on the left (just like the Honor 20S had). A close inspection of the image also reveals a sensor next to the fourth camera.

Come on, Honor V30pro had this kind of design far before, would you say that Samsung is copying? Stop being a racist bro.

When I saw the thumbnail I immediately thought 'wait a second, why is there Galaxy S20 in the picture?" Heh... It's still a chinese company after all.

No wonder nobody wants to buy Sony phones. It's totally reflected in their sales.