Oppo's new F-series aim to put an emphasis on mobile imaging, as the company announced a couple of days ago. The first model in the lineup, the Oppo F1, is said to go official sometime this month, but until then, Oppo is giving us bits of the puzzle, one by one.

We've now been told that the smartphone will come with a 13MP primary camera with phase detection autofocus. That's nothing new, when recent Oppo handsets are concerned, the R7 and R7s come with the same setup. On the front, the 8MP camera appears to be borrowed from the R-series too, but in fact it's paired with a much wider f/2.0 lens, compared to the R7's f/2.4.

On the software end, the camera is backed by Oppo's PureImage 2.0+ platform, meaning a wide set of modes (presented as plug-ins), as well as the obligatory filters. 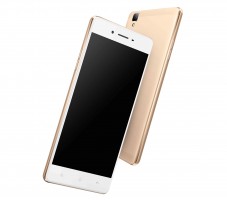 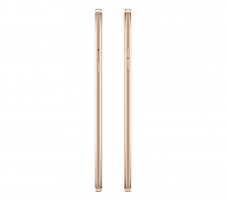 We're yet to see specifics on the chipset, but Oppo tells us the F1 will be Snapdragon-powered, and that more than likely means the S615 found in numerous midrange handsets, including a few of Oppo's own. What we do know is that the phone will have 3GB of RAM.

The photos show a device looking a lot like the existing R7/R7 lite and proportions point to a 5-inch display, but that hasn't been set in stone. As of now that's all the info we have on the Oppo F1, but with an announcement promised for the coming weeks, the blanks will be filled sooner rather than later.

i think this is best in its class. ram 3gb camra 13 and 8 mp good processor is good nice designe matelic body. i give 9 out 10. i will definitely purchase it.