The Exynos 2100 is Samsung’s first flagship chip with an integrated 5G modem and its second to be built on the 5nm EUV process. Also, it’s the first Exynos chip to get its very own launch event.

The processor adopts ARM’s new high-performance Cortex-X1 core and runs it at up to 2.9 GHz. Joining it are three A78 cores, plus four power efficient A55 cores. Samsung claims that this CPU is 30% faster in multi-core tasks compared to the Exynos 990.

Part of that advantage comes from the more advanced process, which can enhance performance by 10% (at the same power level) or lower power consumption by 20%. Samsung has implemented a multi-IP governor to optimize the power usage of the CPU, the GPU and the other elements of the chipset.

Speaking of process, this year both the Exynos 2100 and Snapdragon 888 are fabbed at Samsung’s 5nm EUV foundries. This means neither chipset has a process-related advantage. We’ll compare the two chips (and a couple of others) in a minute. 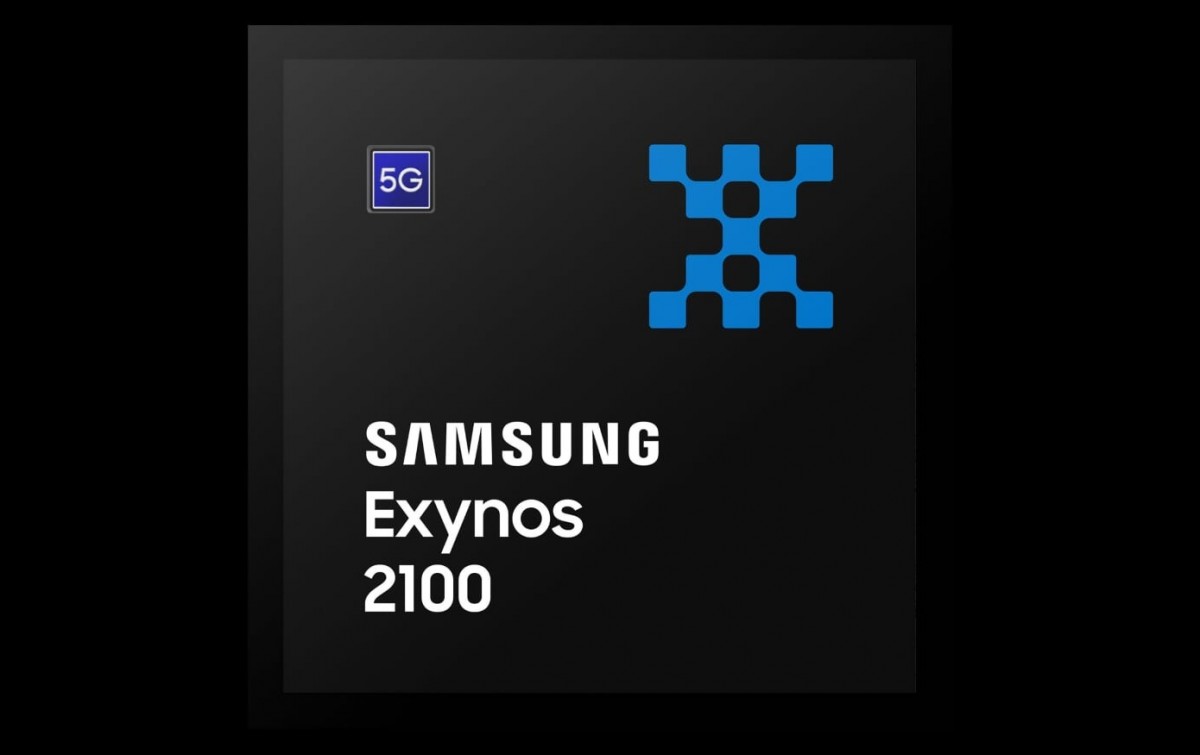 The new Image Signal Processor (ISP) on the Exynos 2100 supports cameras with sensors up to 200 MP (and those are on the way). Better yet, it can be connected to six individual sensors and process data from four of them simultaneously (the Snapdragon only manages three streams).

The Multi-camera and Frame Processor (MCFP) can fuse image data from multiple cameras for better quality zoom and ultra wide shots. The NPU is also used, it analyzes the scene, detects faces and objects so that it can pick the optimal settings.

Finally, this is the first flagship Exynos with an integrated 5G modem. The 980 and 1080 have integrated modems too, but they are upper midrange parts. The modem can achieve 7.35 Gbps downlink speeds on a mmWave network and 5.1 Gbps on a sub-6 network, matching the Exynos 990.

The new Exynos 2100 is already in mass production, of course. Here’s how it compares against its predecessor, the Snapdragon 888 and a few others:

Samsung uses Exynos to avoid paying the Qualcomm tax. Charging the same amount of money for an inferior product. Other reasons: Samsung needs to keep Exynos alive to appease the labor unions in South Korea. Samsung also sees itself as the de fac...

Are u kidding me??? Comparimg midrange processor with a flagship processor??

Not going to happen. Dream on!