A new Meizu smartphone has been spotted on benchmarking website AnTuTu. The device, which the listing identifies as Meizu_m96, seems to be a flagship phone as it is powered by Samsung's latest Exynos 8890 chipset and has 4GB RAM. 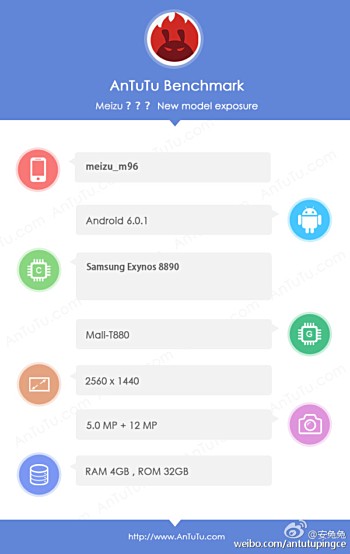 Other key specifications revealed by the AnTuTu listing include QHD display, 12MP rear and 5MP front camera, 32GB internal memory, and Android 6.0.1 Marshmallow. Reports say the handset in question could be the Meizu Pro 7 (although that's less likely) or a variant of the Pro 6.

what is the expected date for Meizu_m96 coming in market

You mad? Flyme is one of the best looking skins there is, great functionailty too.Not too iphony at all.