Facebook has been pushing live video broadcasting a lot lately, and now it's turning its attention to live audio. This is a new feature that was announced today. It will go in a testing phase over the next few weeks. For this, Facebook is working with "several partners" such as BBC World Service, LBC, Harper Collins, and authors Adam Grant and Britt Bennett.

Live audio broadcasting will then become "more broadly available to publishers and people" at some point in early 2017. So while you can't use it yet, it's something to look forward to. 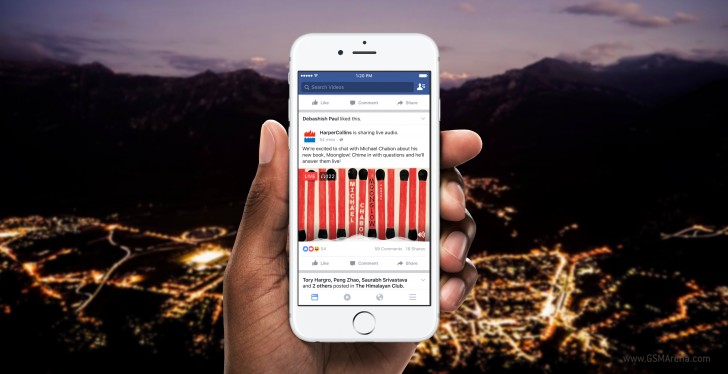 Facebook says that it knows that sometimes publishers want to tell a story "with words and not video", which is why it's worked on the live audio functionality. Furthermore, this will be a good alternative option to going live on video when you're in an area with bad network connectivity.

Just like with live video, you can discover live audio content in the News Feed, comment and react in real-time, and share the broadcasts you find with your friends. People using Android devices will be able to continue listening to live audio even if they leave the Facebook app or lock their phones. On the other hand, on iOS you can only listen while you're browsing other parts of Facebook.

The difference is you can't lock your phone and keep listening the video, or go to the notifications and keep watching the video at the same time. With this tool you're supposed to keep listening while you're doing some other stuff. I'm quite sur...

Seems pointless to me. If you don't want to record a live video, put the phone on the table with the camera pointing toward the table, and just record your voice. Pretty basic stuff. No reason to have an entirely new function when it is completely po...