Okay admit it - you are a bit surprised to see this one coming out last on top of the rest of the gang. Contrary to the logic of the article so far, the last chapter won't deal with fashion credentials or nominal value.

This is not to say that Apple's latest has less appeal than some of those ultra-expensive devices. It's just a different kind of appeal - the iPhone 4 may not be quite as masculine or rough as a Vertu but has earned its iconic status like much of the usually overpriced Apple gear. 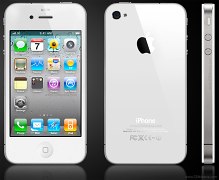 Apple have always been famed for their designs and their latest smartphone is certainly one of the hottest looking gadgets. Sleek glass panels and metal frame, plus an ultra-cool large display allow it to stand out next to nearly every other non-gold plated device.

And for a handset without any diamonds on its back, it's certainly one expensive piece of kit. It's probably the most expensive "regular" smartphone on the market right now - not that the words "regular" and "Apple" are likely to ever meet in a single sentence.

But since the latest iPhone is the talk of the town, some people just couldn't resist adding some extra bling to it. Luxury designer Stuart Hughes, for instance, let's you cover it with diamonds, while Gresso would make a case for you out of their exclusive African blackwood. 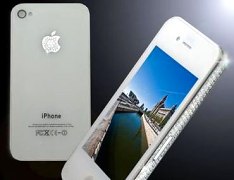 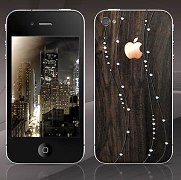 The iPhone 4 is selling in millions and some of those limited edition pieces might make sense if you want to be unique. The downside is, the minute the next iPhone sees daylight, the number 4 will be dead fashionwise - no diamonds or Blackwood will help.

Men like their toys - that's for sure. Most of the phones we mentioned however would hardly make it in your regular top-ten-phones-for-men kind of article.

Overexpensive phones should not be judged by their specs - they sure have their core purpose but there's more to their appeal than just that. Instead these phones are like pieces of jewelry in which form defies function. They make up for their lack of practicality with tons of bling and they are surely good in one thing - making a statement. Whatever their shape or size, they are essentially just another way of dressing up, of expressing your taste, personality, style and even masculinity, if you like.

For the most part we looked at the extremes of the spectrum. But along the way you also saw what's in between. We didn't get anywhere near covering the whole fashion market, but at least we think we've got the overall picture right.

From everyday tools, these phones have turned into haute couture accessories - sometimes elegant, other times plain awkward. But no matter their looks, fashion phones have one thing in common - they start at expensive and work their way up.

Ever since the dawn of humanity, man has always used exquisite artifacts as objects signifying social status. The mobile phone importance in that aspect may have been somewhat overrated but even though the suite doesn't make the man, suiting up can make a man look its best.

A few years ago we would have laughed at all those phones for their overpriced, crude designs, and look at us today, having some fun time overviewing them. Who knows, maybe some day even our penny-pinching souls will succumb to the temptation and we will get one of those exquisite pieces of art for ourselves.

Ok, not really, but it was good pretending for a while.