Mozilla is officially launching their Firefox OS for mobile phones and are proud to announce that they have deals with 18 carriers, a partnership with Qualcomm to use their Snapdragon chipsets and four manufacturers - ZTE, Alcatel, LG and Huawei. The first two also showcased phones with Firefox OS at the MWC.

The Firefox OS uses HTML5-based apps that run on technology shared with the Firefox browser and initially targets the entry level segment. The goal is to create an open source OS, that web developers can easily create apps for and post them on the Firefox Marketplace.

You can check out Marketplace if you have Firefox Aurora for Android. There you’ll find social networking apps for Facebook and Twitter, Nokia’s HERE mapping solution, Box integration, games from EA Mobile and Disney Mobile Games.

The OS has the same commitment to privacy, security and customizations that the Firefox browser is known for and places a strong emphasis on search.

The Firefox OS also supports video calling over Web RTC - a browser-based tech, also available on the Android Firefox Aurora app. It will eventually make its way to desktop browsers too (Firefox and Chrome at least).

As for the phones, the Alcatel One Touch Fire will launch first in China (Mozilla has partnered up with China Unicom), Latin America, and will be the first Firefox OS phone to hit Europe, specifically Poland in the summer through Deutsche Telecom. 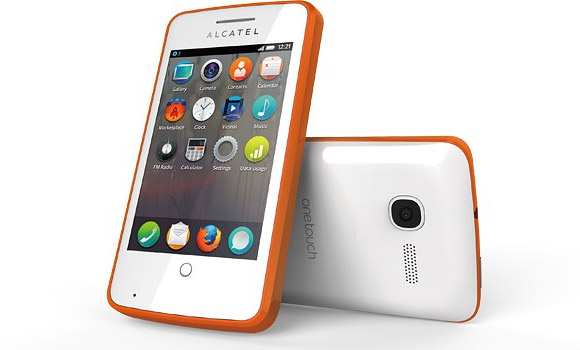 LG and Huawei will also be announcing Firefox OS phones soon. You can check out Mozilla’s blog post for more info on carriers and initial launch countries and learn more about the OS here.

i like firefox os and ubunto os for mobiles ,but these OS ecosystems lack apps and it means we have to wait till developers provide more apps. so people might not buy it and when it happens means developers lose interest to these OS. Asha phone...

Only Mozilla is working for everybody's benefit and trying to preserve your privacy and freedom. This makes a big difference that should take over all the little differences.

I'm looking forward to take a try here in Venezuela (nice for their consideration), the whole HTML5 idea is freaking chillin, Let´s wait and see.