As scheduled, the Xiaomi Mi Mix 2 went on sale today in China. And unsurprisingly, it sold out very quickly. The company later officially announced that the flash sale lasted only 58 seconds. 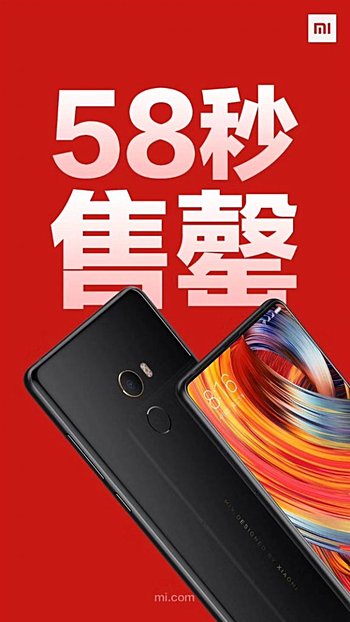 Like it's usually the case with flash sales in general, there's no information on how many Mix 2 units were up for grabs.

The Xiaomi Mi Note 3, which debuted alongside the Mi Mix 2, was also scheduled to go on sale today. There's, however, currently no information on how it performed yet.

It's not hate. It's disgusted. Disgusted with this retarded company. Since the end of last year, they launched a new downgraded devices. And, even worst they keep "teasing" before the announcement of they're new downgraded " flagship" devices. Don'...

what's with hate? Also where is your reference?