After the Razr 2019 rekindled Motorola’s iconic Razr series, the maker is set to expand its foldable ambitions in 2020. We’ve been hearing about a 5G successor to the 2019 Razr and now Evan Blass has provided renders of the device which appears to share plenty of similarities to the current model.

We can see the overall dimensions of the phone will be similar to the Razr 2019 with the same notch at the top of the main screen though its chin has been slimmed down. The capacitive fingerprint scanner has also been removed which could mean it's moved below the screen or on the side power button. 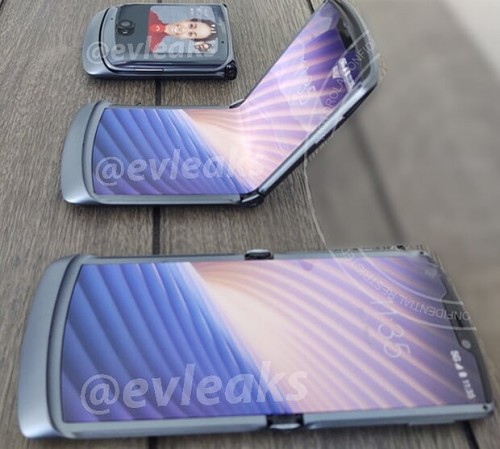 The outward display appears to be unchanged while below it we can see a dual camera setup. According to rumors, the main shooter will now come in at 48MP while the secondary snapper is said to be 20MP. We're also expecting a more powerful chipset this time around.

As for the naming we’ve heard plenty of variations ranging from Odyssey which is likely the device’s code-name as well as Razr 5G and Razr 2020. Other known details about the phone include 18W charging, 256GB storage and support for nano-SIM cards as well as a new color dubbed Mercury Silver.

Looks to be more practical than the Z flip trash

I need his Motorola Razr 2020 am using motorala z3 I enjoy the phone I will like to continue use Motorola ,how can I get it