The many rumors which claimed HTC wouldn't unveil the One M10 flagship smartphone at MWC, instead opting for a different special event later on, have been true it turns out. The grand announcement may or may not happen on April 11, as previously rumored. In the meantime, the Taiwanese company has released the first teaser image of the M10.

As you can see, we're treated to a view of the upcoming smartphone's edges, which look like they're made out of one metallic piece, with plenty of chamfering going on. 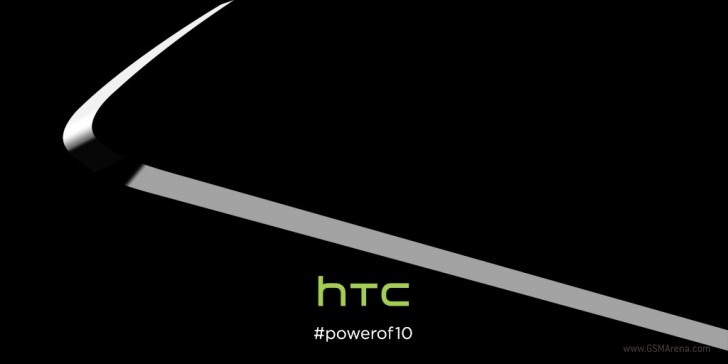 The image was posted on HTC's official Twitter account, alongside the hashtag "powerof10". This pretty much confirms that the number 10 will be in the phone's name, so it's probably going to be marketed as the One M10 after all. Its codename is Perfume.

Past rumors had the One M10 coming with a 5.1-inch QHD AMOLED touchscreen, Qualcomm's Snapdragon 820 running things, 4GB of RAM, 32GB of expandable storage, a 12 MP UltraPixel rear camera with phase detection and laser autofocus, as well as optical image stabilization, a 5 MP UltraPixel selfie shooter, and a fingerprint scanner. It will run Android 6.0.1 Marshmallow with HTC Sense 8 on top.

OMG!!! I've waited for HTC to get their act together and hoped they would finally move their front phone styling to all glass design like the Moto/Nexus 6 did. There was a render which in my opinion would make HTC's phone the most coveted of all time...

A solid phone is expected....hopefully WITH the front-facing speakers. I usually the phone (the main thing that one is buying) with speakers rather than jamming it in my ear, which works fine on the M7 that I have. Due for a replacement. Keeping the ...

Are the bezels look a little bit thick or it's just me?