The first official photo of the upcoming Nokia Lumia 925 has been posted on the now famous evleaks twitter account. Previously dubbed Catwalk, this is the first all-metal handset to come out of Nokia in a while. While nothing has been officially confirmed, the material of choice for the Lumia 925 is believed to be aluminum 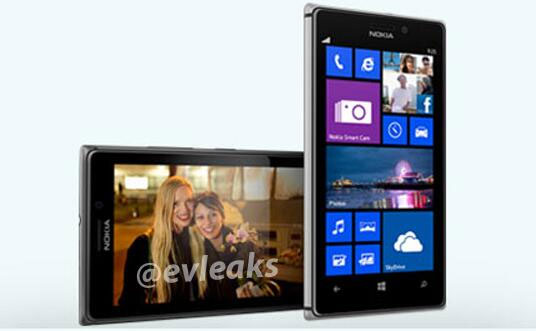 The device is said to feature a Snapdragon S4 chipset with 1.5 GHz dual-core Krait processor, 1 GB of RAM and 16GB of internal storage. Nokia is believed to give the Lumia 925 the same 8.7 megapixel camera with f/2.0 aperture as the one in the Lumia 928. The battery capacity is said to be 2000mAh.

Update: evleaks has posted yet another image of the unreleased Lumia 925, this time on the right hand side. The photo reveals the apparently aluminum shell as well as the button array which is reminiscent of the Lumia 928 - a volume rocker, lock/unlock button and a shutter key.

Unfortunately, there'll be no more leaks until tomorrow, when evleaks promises to unveil the Lumia 925's back.

The Lumia 925 is very likely to see its official debut at Nokia's London event tomorrow, May 14.

i hope this phone will boost lumia sales... :)