First press shot of the HTC One X appears

The hotly awaited HTC One X has its first press image leaked days before MWC. Now we can finally see the Taiwanese 720p LCD droid face to face in clear view. 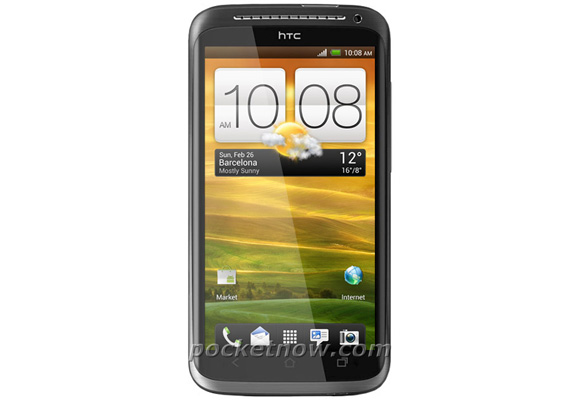 As you can see, those icons have lots of real estate all to themselves on the One X's 4.7-inch 720p LCD screen, which will run HTC's refreshed Sense 4.0 UI skin on top of Android 4.0 Ice Cream Sandwich.

Seems like HTC isn't ready to ditch the capacitive hardware buttons in favor of the virtual ICS ones. If you are curious about how HTC Sense UI 4.0 will look like, go have a look.

There are still three days left until HTC officially announces the One X. Currently, besides the 4.7-inch screen, it's pretty much certain the One X will feature a Tegra (3) 4-PLUS-1 chipset, 1GB of RAM and an 8MP camera at the back.

Stay tuned for our in-depth coverage of everything MWC 2012 and especially our hands-on of the HTC One X.

Gosh it looks like a year old HTC already, seriously need to put more work into design instead of hardware. I also agree the mobile tech is advancing too quick, we are already at 4.7", i highly doubt they will go up to 5" like the note. ...

Back to basic design.