Xiaomi is expected to launch the Mi 10 lineup next month, and we’ve been seeing multiple different renders, leaks and artist ideas of how the phone might look like. We have seen a quad-cam setup similar to the Mi 9 (but with an extra shooter), a Mi Mix Alpha copycat, but now real-life shots (from a post that has already been deleted) suggest the Mi 10 Pro will look like the Mi Note 10 from the back.

Xiaomi Mi 10 Pro from all angles

Three of the shooters are split in a setup, while a fourth snapper is separated from the bunch. There is also a dual-LED flash that will likely have two different tones of light. The phone is not powered, so it might be just a dummy, but we also get a sneak peak of the retail box, sporting a huge 10 in the middle, along with the Pro and 5G monikers on the bottom. 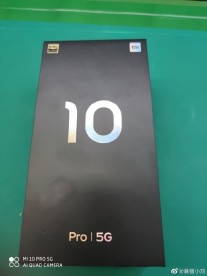 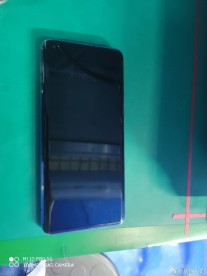 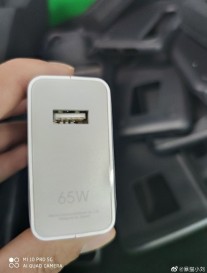 Other photos reveal a USB-C port on the bottom, next to a grille for the speaker and the SIM slot, while the top also has a speaker, a noise-cancellation mic and a small IR blaster.

There is a 65W charger for the phone with model number M2001J1C, which is in line with some rumors from November about the next Mi 10 flagship having the fastest ever charging speeds for a Xiaomi smartphone.

At a closer inspection, the camera is likely to be 108 MP, just like the rumors from earlier today suggested. Some of the Mi 10 Pro photos are taken with another Mi 10 Pro, and thanks to the watermark we can see an infinity sign that Xiaomi introduced in their other 108 MP phone - the Mi Note 10.

65W charger will kill the battery very quickly over time.

Why is everyone worried about a little notch? Get real

Its the Hole punch