First Xiaomi Mi 9 renders are here, it and the Mi 9 SE get certified in China

Unofficial renders of the Xiaomi Mi 9 have hit the web and while they are not the usual CAD-based affair, they hit all the key points from the rumors so far.

Starting from the back, there’s a triple camera with a 48MP main module. The other two reportedly have 18MP and 8MP sensors.

Going to the front, the screen is expected to have a 6.4” diagonal and a teardrop notch (though probably not as small as depicted here). The Mi 9 will most likely be powered by a Snapdragon 855 chipset and will feature very fast charging.

Here’s an alternative render of the Mi 9. 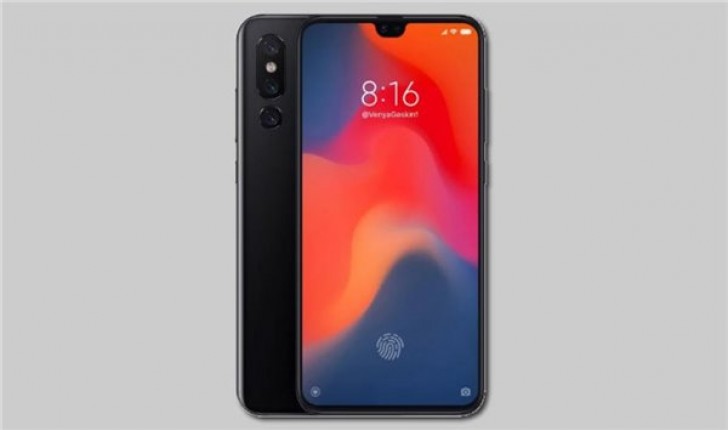 But there could be two devices: M1902F1T/A and MI1903F2A. The latter is likely the Xiaomi Mi 9 SE (the four digits are year/month, next two symbols are device class and, finally, the carrier).

Analysts are predicting that the Mi 9 SE will have a 6.0” screen and use the Snapdragon 7150 chipset (an S710 successor).

Considering that the Mi 8 was announced in May last year, the Mi 9 generation is likely still months away. Xiaomi does have an event planned for the MWC, but that will likely be for the 5G version of the Mi Mix 3.

Get V notch than U notch please