The Fitbit Versa was a hit in Q1 this year, but its popularity cooled off in Q2. The Versa Lite fizzled out almost immediately. In other words, now is a good time for a new model – and as luck would have it, this leak gives us a preview of what is coming. A big addition seems to be the Amazon Alexa integration. There was an Alexa skill for the original Versa, but that only allowed you to ask your Echo how many steps you’ve taken today (and other such info).

The Versa 2 will let you talk to Alexa directly, so you don’t need to be near an Echo to ask about the weather or start a timer. Additional features are revealed by this retail box (someone has a Versa 2 and is selling it). 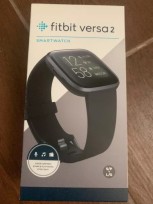 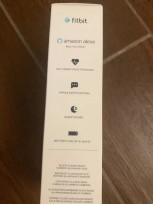 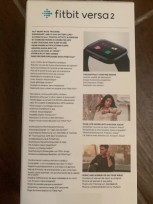 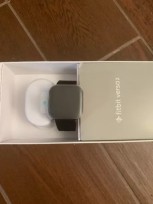 The watch has an aluminum case and the battery can last over 4 days. Like the original model, it can store music for offline play and it can help you buy coffee with Fitbit Pay. The Fitbit Versa 2 will be water resistant and has an optical heart rate tracker.

An Always On Display mode is mentioned on the box, the current model keeps the screen constantly on only during exercise. It seems like there won’t be a built-in GPS receiver, however, which is a major omission from a fitness tracker.

According to the listing of the prototype, Fitbit will launch the Versa 2 on September 15.

I have the fitbit versa with me for 1 week now and thought of sharing some views. For: 1. Great lightweight design (I have the black) 2. Ships with 2 bands - large and small 3. Good battery - lasts 3 days for me 4. Fitbit steps count rel...

My fit bit battery not changed

The glass of my Fitbit versa has been damaged accidentally.Please suggest the centers where I will be able to rectify.