Flagship phones have evolved into very capable camcorders, and the ones we have here certainly fit that profile. However, they aren't equally well equipped for the task, with a few limitations or extra features found here or there. 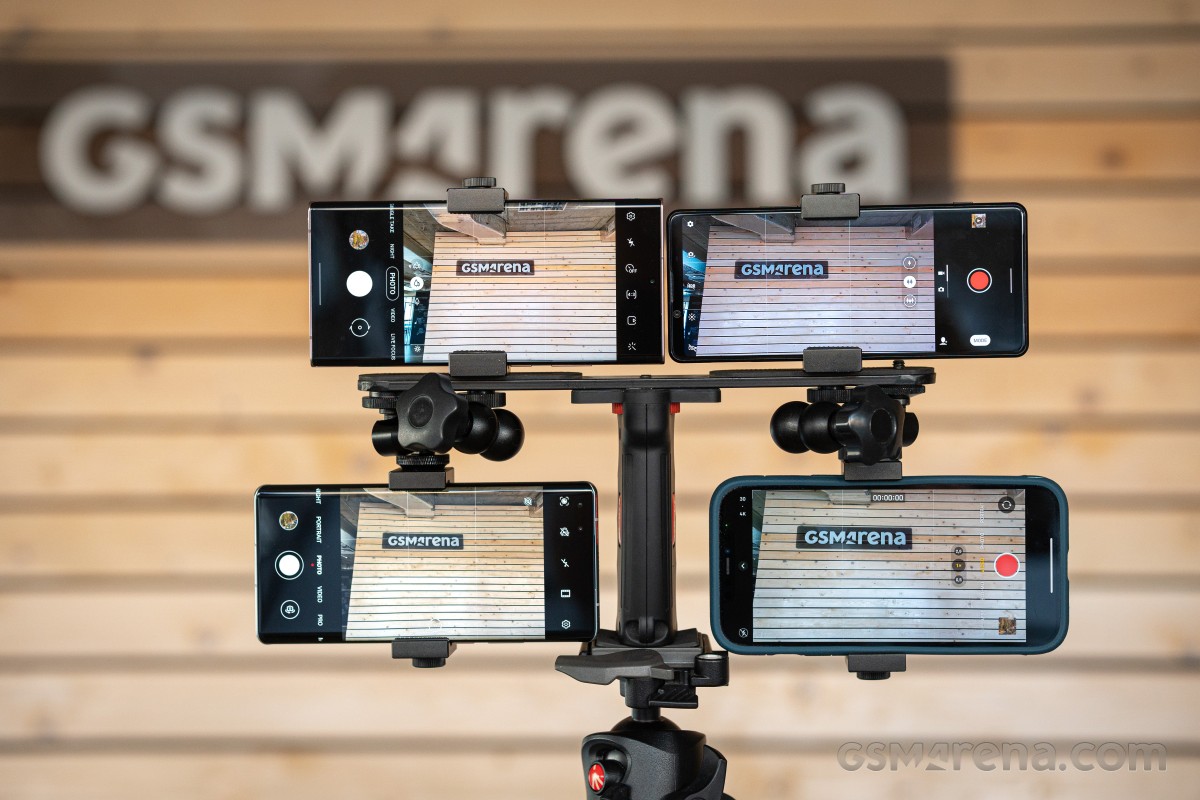 For example, only the Galaxy Note20 Ultra in this bunch can record 8K video. However, that alone doesn't make it the go-to choice, much like the Xperia 1 II's lack of native 4K60 capability isn't a dealbreaker per se. We did our best not to focus on the differences but compare them to what they can all do. We limited ourselves to 4K30 to keep this relatively simple and concise and maintain a reasonable level of sanity, though we did explore the telephoto range much like we tried with photos.

Starting from the basics, main camera videos in daylight are remarkably similar between the iPhone and the Galaxy in most respects - including, most surprisingly, color. Both record very appealing vivid hues without going overboard. The Mate, meanwhile, continues the somewhat cold streak we witnessed with fall photos into fall video. The Xperia opts for a slightly more desaturated look, particularly for the yellows, visible in direct comparison, but not something to make a big deal of on its own.

In terms of dynamic range, the Galaxy would be our winner - very cautious about preserving its highlights though not losing contrast in the process. The iPhone is that extra bit contrasty and will tend to render whites white, while the Note may try to come up with a light gray for those. The Mate and the Xperia are more frivolous with highlights, and you could end up with some of them blown, and the Mate, in particular, has a very contrasty tone curve and deeper shadows too.

The Note20 Ultra has the bunch's finest detail and renders it in a very natural fashion. The iPhone is about there, but has some intricate details in the grass lost and, believe it or not, has its sharpening dialed higher than the Samsung. Not as high as the Mate, though - this one goes beyond reason and makes for a very gritty look. Not so on the Xperia, which has a softer, almost smooth look to fine textures - it's trailing in detail.

Out of these, only the Mate has any noise to speak of, and while you could potentially miss it in the sky, it's fairly obtrusive on the road surface, made all the more prominent by the aggressive sharpening.

The original videos from which we grabbed the above stills can be found in the playlist below - make sure to click through it for all four samples.

Ultra wide footage is again relatively comparable between the iPhone and the Galaxy, with the iPhone going slightly warmer and the Galaxy doing deeper blues. The Mate continues with its questionable color choices (at least it's consistent between cameras), while the Xperia prefers less color altogether.

The Note20 Ultra beats the Pro Max for detail again, both for quantity and quality, with the Xperia around iPhone levels in this one. The Mate is a different beast, its slightly longer focal length making things appear bigger in the frame and more detailed too, though it maintains the overprocessed look.

Exposure and dynamic range here mimics the findings for the main cam. Sure enough, here are the videos.

Making our way to telephoto capture around the 2.5x mark, the iPhone and the Xperia lead the way and resolve about the same amount of detail. The Xperia is a bit hazy and not as contrasty as we'd like, much like in telephoto stills. The iPhone, on the other hand, has no such issues and delivers great contrast.

This intermediate zoom level proved problematic on the Note20 Ultra when it came to photos, while the Mate40 Pro was unfazed and delivered. In video, it's the other way around. The Mate's footage is very soft, all the while being grossly oversharpened. The Note's, while nowhere as sharp as the native 2.5x-3x zooms on the iPhone and the Xperia, is at least half-decent.

You can take a look at the full videos below.

At the periscopes' native zoom levels, things take a turn in the expected direction, with the Mate and the Galaxy assuming control of the matters. Having said that, the Huawei has a distinct advantage, delivering better contrast and finer detail, next to the Galaxy's altogether more washed-out results. The thing is, the iPhone and the Xperia aren't terribly bad at this level - perhaps better even than the Note and the Mate at half-zoom.

Following below is the full set of 5x videos.