[Flames] Red Meizu Pro 6 Plus shows up in live images

Meizu is no stranger to unorthodox paint jobs and last summer we saw the Pro 6 in what was dubbed the Flames Red color scheme. Well, the Pro 6 Plus has now shown up on Weibo in a new color outside of the usual Pink-Rose-Gold spectrum. 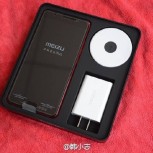 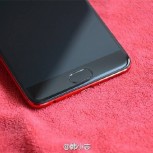 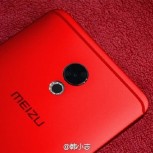 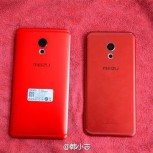 Meizu Pro 6 Plus in red

It's an even brighter and more striking hue than the Pro 6 before it, and if a color deserves to be called Flames Red, this is it. Side by side with the Pro 6 non-Plus you can see the difference, and if that's not enough red for your eyes, the towel used for the background complements the two phones with yet another shade.

The box looks the same as the one that more inconspicuous versions come in, just like the Gold one we had for review a few weeks ago. There's no reason to believe that the phone's internals are any different either.

This must be a special Cupid edition for Valentine's Day! :D

I'd say that'd be because the new j series runs an exymos like the s6 & it was easy to adapt to the j&a series. The others are snap dragon &will take a bit longer to test as there all old version 32bit 800series where the newer mid tiers ...