You may remember Chang Cheng for his teasers while he was serving as Lenovo VP of the mobile division. He recently retired from the company, but in a somewhat surprising move today revealed he is joining Xiaomi.

The Xiaomi co-founder Lin Bin posted an image on Weibo, sitting alongside fellow co-founders and the new acquisition to the team. The post was promptly reposted by Cheng with the words “Work hard for your dreams”. 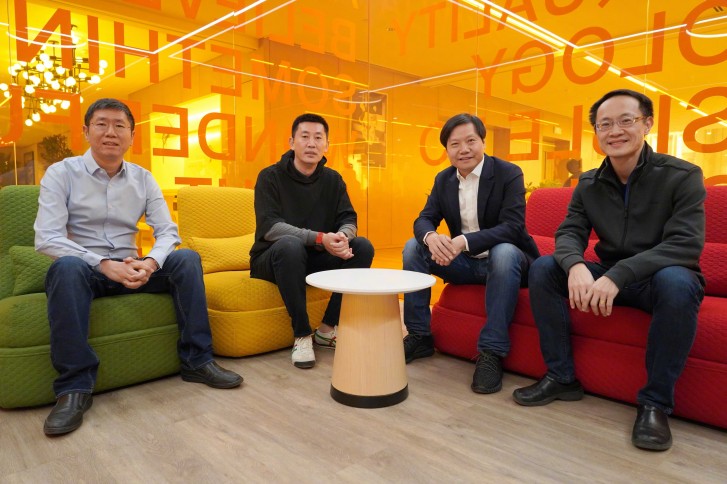 Chang Cheng is most famous with being president of the ZUK division of smartphones that impressed with its low prices and stock-looking UI. The sub-brand eventually folded, but the UI made its way to the Lenovo smartphones, including the flagship Lenovo Z6 Pro that eventually went global.

The senior executive is yet to reveal his role at the Xiaomi team, but back at Lenovo he was behind the first Yoga tablet, the Lenovo K900 smartphone, the Lenovo Z5 and Lenovo Z6 devices. We are waiting to see whether he will head a new spin-off/sub-brand or will be part of an existing team like Redmi, Black Shark or MIUI.

In a company statement, Lei Jun said that Chang has “a deep understanding of the industry and rich operating experience in the field of consumer electronics”. He is expected to “provide stronger support for the mobile phone business”, whatever that means.

great., ZUK phones were pure trash, the ZUI is even worse. Hope the next guy knows how to do better

Not true quality in Samsung

As a Lenovo fan and owner of some of their phones also as a Ceo of a Mobile shop company here in Slovakia which sells many phone brands including Lenovo can say very easily that you are wrong.