The Freedom 251, the under-$4 smartphone, was unveiled last February as the cheapest smartphone in the world priced at INR 251. It gained big momentum, but then suspicions began to pile up.

The fiasco began with swapping the beautiful picture of the device with a more accurate (and less flattering) one. And it was all OK, you know, it costs $4. But then the first prototypes sent to the media were some poorly masked Adcom phones that normally sell on the Indian market for about $50. And finally, all of the Android icons were absolutely identical with Apple's iOS ones. 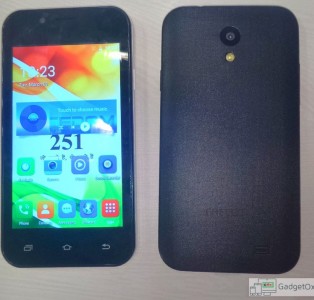 Ringing Bells fought to keep the media smear out of the brand, but eventually it came under investigation by the Indian government, which was falsely introduced as a participating party in the Freedom 251 development.

All ended with the investigation and Ringing Bells' promise of fulfilling all pre-orders.

And here we are today, four months later, on the verge of seeing the first batch hit the market. The company announced it will begin shipping the Freedom 251 on June 30. It claims has north of 200,000 units ready and waiting.

Last we heard, Ringing Bells found some developers to help lower the cost of the phone by preloading their software ("government related bloatware" was mentioned, whatever that is). Even with that extra funding, the company was falling INR 150 short of their targeted INR 251 price and hoped for help from the government. We don't know if they got it, though.

Anyway, if you have doubts whether the Freedom 251 exists, maybe these live pictures will help. The 4" $4 phone with a 4-core processor was caught in the wild and is indeed real. The rest of its specs include 8GB expandable storage, 1GB of RAM, a 3.2MP main camera with LED flash, a VGA front snapper, a 1,450 mAh batter and Android Lollipop. 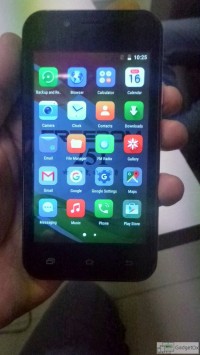 Also, Ringing Bells ditched the iOS icons in favor of Android-themed ones.

June 30 is almost here, so we'll know if Ringing Bells succeeds in making the world's cheapest smartphone against all odds.

when i get this freedom 251 mobile.., its been a long time