Full Xiaomi Mi 10 and Mi 10 Pro specs and prices leak, to launch together

Xiaomi is reportedly readying two flagship Mi 10 devices and, rumor has it, both will launch together unlike last year. The pair consists of the Xiaomi Mi 10 and the Mi 10 Pro and their likely arrival is allegedly targeted for the Mobile World Congress in late February.

And it gets even better, thanks to an unofficial detailed specs sheet. According to it, the Xiaomi Mi 10 will have an OLED screen of at least 6.5-inch size with 90Hz refresh rate. Both the Mi 10 and Mi 10 Pro will be powered by the Snapdragon 865 with the non-Pro offering either 8GB or 12GB of RAM and the Pro coming with only 12GB.

The Xiaomi Mi 10 will reportedly have a quad-camera setup with a 108MP main camera, accompanied by a 20MP, 12MP and 5MP snappers (likely ultrawide, telephoto and depth). The Mi 10 will have a 4,500mAh battery with 40W wired, 30W wireless and 10W reverse-wireless charging. 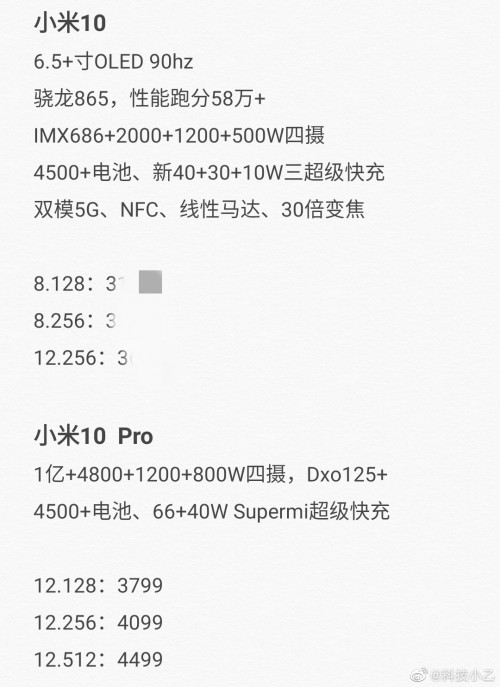 Yes we do, to be able to use with older devices supporting AUX