Samsung’s upcoming bean-shaped Galaxy Buds Live have appeared in numerous leaks in the past months which have confirmed most of their key details. They are rumored to launch alongside the Galaxy Note20, Z Fold 2, Tab S7 duo and Galaxy Watch 3 at the Unpacked event on August 5.

Now, an update to Samsung’s Galaxy Wearable app has revealed even more details for the TWS earbuds including the presence of ANC (Active Noise Cancellation) which can be turned on or off via the app. 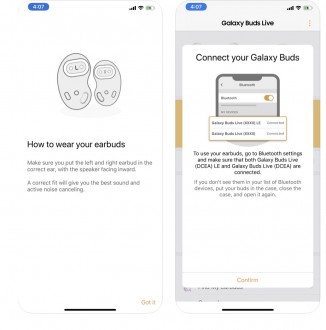 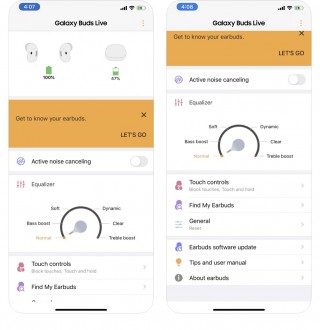 In addition, we get an in-depth look at the software customization options for the Buds Live including an adjustable sound equalizer, touch control options and a Find my earbuds feature. There are even instructions for how to wear the Buds Live with an emphasis on placing the earphones’ speakers on the inside of your ear.

Bean shape? ANC? No, thank you!

Am I the only one wondering why they’re using an iPhone to demo a Samsung product?