Geekbench got an interesting visitor - the Samsung Galaxy Fold. The foldable smartphone didn't score quite as high as its Snapdragon 855 and 12GB RAM suggested.

What that suggests is that the software on the unit that ran the benchmark is far from finalized and Samsung still has plenty of work to do before the April 26 launch. 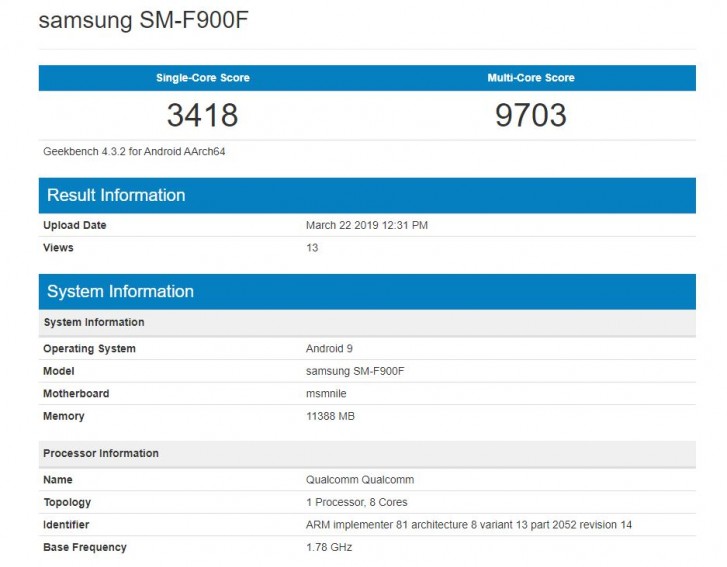 Another interesting bit is the SM-900F naming, which is the international variant of the phone. If that one is using the Qualcomm chip it's a clear confirmation that we are not getting an Exynos version of the Fold. 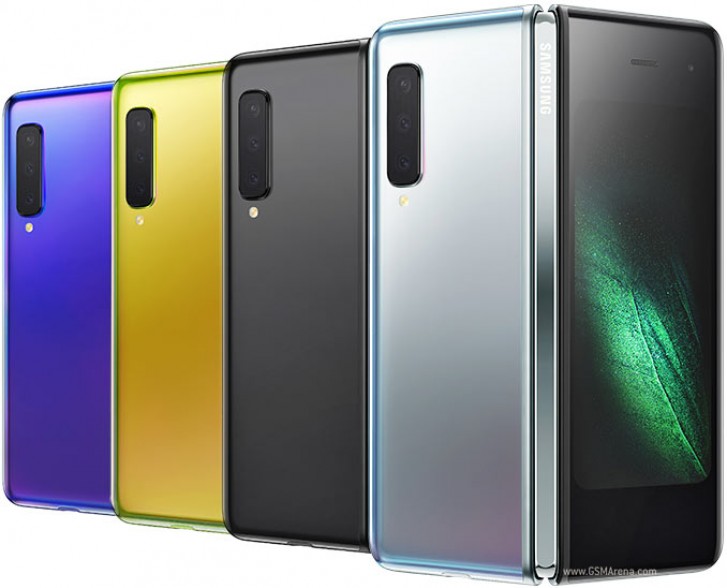 Recently, the Fold appeared in a leaked video where we got a glimpse of it in both its tablet and phone glory. Not much could be said in terms of its performance though as the video only lasted several seconds and the device was never confirmed to be a retail version.

everyone will buy this, if it just cost below $500

Numbers! What is numbers guys? These numbers are sh** sorry for my English lol. in real life this is a beast i can bet on that, look at iphone people gets impressed for its numbers, but for me nah i want to see them perform in real life, so guys don'...

At least the seam impresses. You know, into the screen....