Galaxy Nexus coming to Telus, Rogers in Canada, Sprint in US

The Galaxy Nexus has been available on Canadian networks Bell and Virgin Mobile but now it is arriving on Telus and Rogers networks as well on January 13. Unfortunately, there is no information available regarding pricing and tariffs at the moment. 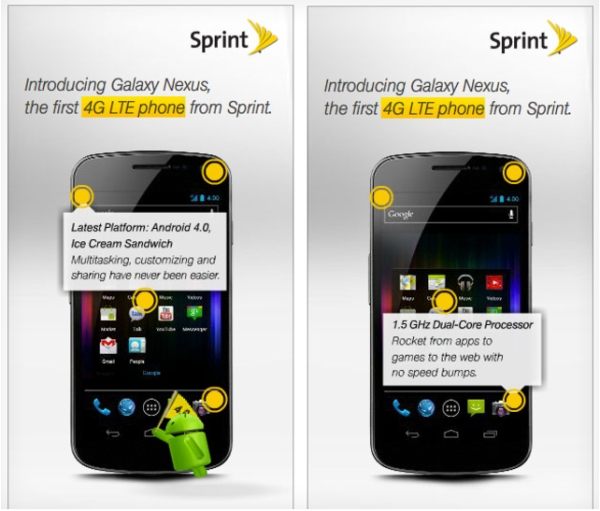 The ad has since been pulled as clearly it went online well before it was intended to but it did offer some valuable information while it was available. For starters, the phone will be running on Sprint's upcoming 4G LTE network and in fact will be the first LTE phone on Sprint's network. Secondly, the Sprint's Galaxy Nexus will actually have a 1.5GHz processor, as compared to the 1.2GHz processor on the GSM and Verizon CDMA version. Rest of the specifications seem to be identical.

Hopefully we'll hear more from Sprint regarding this soon.

After seeing this phone in person from a friend who just bought it and was happy to have an LTE phone from Rogers, I checked out the specs on line at Rogers. Although my friend thought it was 32Gb and LTE, the Rogers version at present maxes out at 1...

this looks a pretty good phone.but does this have voice talk?

Oh man this is great news, Im with Rogers in Canada and I cant wait to buy the Galaxy Nexus!! :)