Samsung Galaxy Note8 with 4GB of RAM shows up at TENAA

Despite rumors of a Galaxy Note8 version with 8GB of RAM, Samsung unveiled only a 6GB version yesterday. And now TENAA shows that there may be a 4GB version instead! The phone seems identical otherwise, down to the built-in storage of 64GB.

The rumors claimed that Korea and China will get a version with extra memory, like the spruced up variant of the Galaxy S8+. The region is highly competitive and local brands usually offer more RAM than mainstream brands at a lower cost. 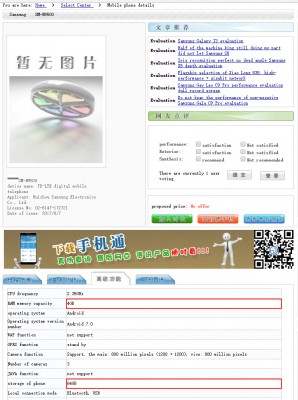 Note the capacities listed for RAM (4GB) and storage (64GB)

So, you see, it doesn’t make much sense to launch a 4GB model. Sure, it will be more affordable, but the Galaxy Note series never competed on price. The Note8 is the most expensive of the bunch too! Why not leave it to the Galaxy C10 to work on the value-for-money proposition?

Nooo, what 4GB RAM? Instead hopefully we'll see a version with an 8GB (as optional). But the standard must stay at 6GB (minimum).