Updated: Meanwhile, the tech giant has also outed a couple of videos for the device, teasing its dual camera as well as the S Pen. The videos - embedded below - were released on the company's official YouTube channel for South Korea.

Someone at Samsung jumped the gun, it seems, as the South Korean company's yet-to-be-unveiled Galaxy Note8 smartphone made an appearance on its official website. 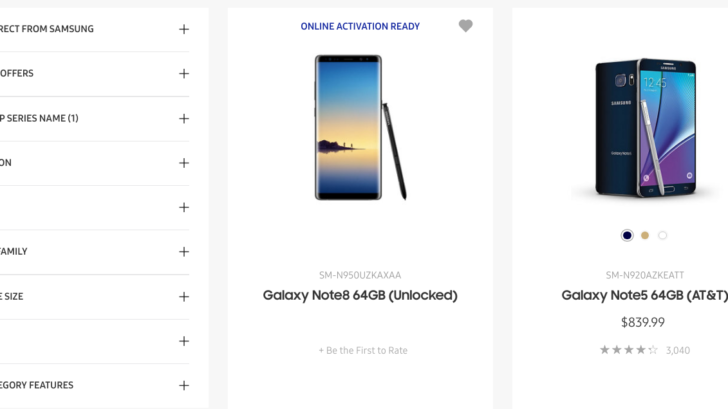 It's the 64GB storage variant that showed up, with the listing also revealing the device's model number, as well as some of the key features that the Note8 will offer. However, shortly after the development was picked by mainstream tech media, the listing was taken down. If you try accessing that page now, you'll get a 'page not found error.'

Pretty much everything about the Galaxy Note8 is already known. It's set to be officially unveiled on August 23.

Lint in my pants pocket scratched my S8+ screen. Not just a hairline scratch, a deep groove. Never touching Samsung phones again. If you want Android buy a Pixel or a Moto, maybe even a OnePlus. Enough with the bloated customzied Android variants