Earlier today, Samsung posted a teaser video for its upcoming Galaxy Note8, because we're now less than ten days away from its unveiling. As we get closer to that point, the rumors regarding the device should become more and more reliable - which we hope this is.

A new report from Samsung's home country of Korea gives us some details about the handset's dual rear camera setup, a first for the company's flagships. It will allegedly consist of a 12 MP main unit with dual-pixel autofocus and a 13 MP telephoto camera which will enable 2x fixed optical zoom. Both sensors will have optical image stabilization. The zoom amount differs from what past reports told us (namely, that it would be 3x), take that into account. 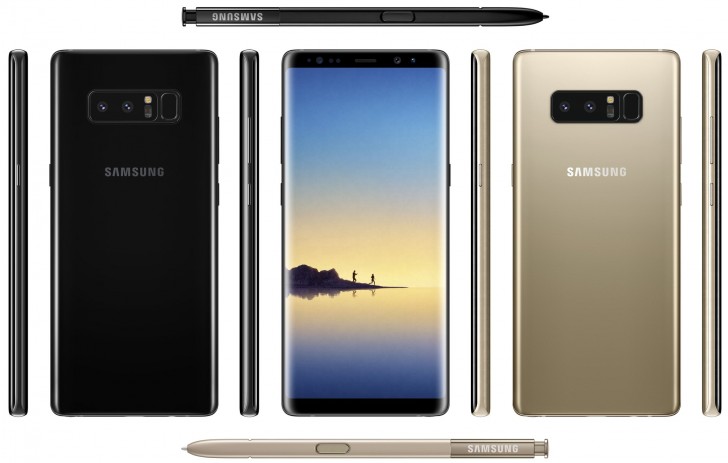 Samsung's dual camera solution will allow for background blur effects to be applied, as you may have anticipated, but it will also provide brighter low-light images.

Samsung sure took its time in joining the dual rear camera trend, which has been going on for quite a while in the mobile world. This is said to have been on purpose, with the company not wanting to jump on the train before the technology was mature enough. Now that it is, the Note8 will be just the beginning - the company's goal is to have dual rear cameras in all its phones eventually. The first non-flagship line to get the new feature will be the Galaxy A (2018).

You can stop hoping now. They just posted photo samples of the Nokia 8 Zeiss camera here, and sadly, the quality is quite poor.

Yeah. Absolutely right! And also this... "This is said to have been on purpose, with the company not wanting to jump on the train before the technology was mature enough." -this is also true right? Well, just send my regards to the ever hel...

Wow, that fingerprint scanner placement is straight up stupid. ain't nobody got excessively long fingers.