Samsung Galaxy Note 4 on Sprint gets an update

Sprint has started pushing out a new update to Samsung Galaxy Note 4 units on its network. It carries the build number N910PVPS4DQC1 and weighs in at around 333MB. The apparent change is the Android security fix for March. 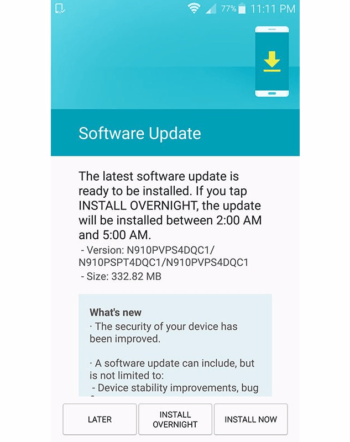 Given the size, it's reasonable to assume that some other changes are included as well. Although precise details aren't available yet, the update is also said to include some improvements and usual bug-fixes.

The device recently started receiving a hefty update in Europe as well.

It was promised that battery work will optimised (but it works out faster!) N910F