The Samsung Galaxy Note Edge, which launched in the US back in November, will be available in Canada soon. While there’s no word on the price and availability date, the device is up for pre-order on Best Buy, with the listing suggesting that both Roger and Bell will be offering it. 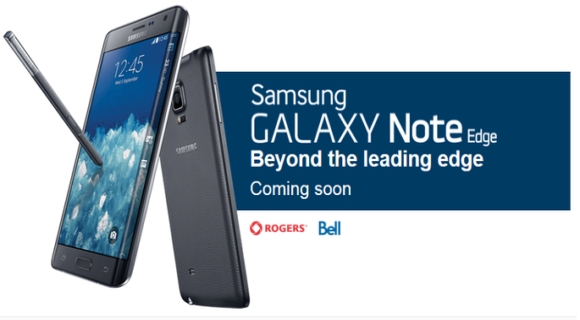 As most of you would probably know, the key selling point of the Galaxy Note Edge is the curved display present on its right edge, effectively doubling as a secondary screen that can be used for a variety of purposes such as displaying notifications and housing media-player controls.

Bell just received delivery of the Note Edge this evening. I got a chance to go in back for some play time. It's a sexy phone. Unfortunately, Bell only received black so far. Release date is February 18, but Bell is still not taking pre-orders.

I care about both Don't say nobody

The regular note 4 is selling so-so, I think the note edge will suffer from being completely neglected