An unnamed retailer contacted SamMobile and said that there are two surprises that await us in September. The first is the Samsung N7100 Galaxy Note II, which by all accounts will be unveiled this Wednesday at the pre-IFA Samsung event.

A screenshot of the retailer's database shows two color versions of the Galaxy Note II - Ceramic White (not "Marble" White like the Galaxy S III) and one more that is listed as 'TBD'. If we look at the launch colors of the Galaxy S III, it should be blue though there are other possibilities.

According to the retailer, the Samsung Galaxy Note II will launch in Week 40 of this year - that's the first week of October.

The second surprise is a new color version of the Samsung Galaxy S III - we already have the Marble White, Pebble Blue, Garnet Red and Black, but it appears that a new color called Titan Gray will be joining the palette. 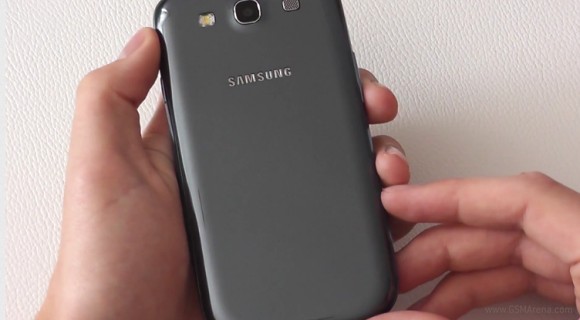 As usual, this info is to be taken with a pinch of salt until it comes out of the mouth of a Samsung spokesman, but we may have already seen the Gray Galaxy S III in early June. We'll know for sure in week 37 (September 10-16), when the Titan Gray color version is supposed to launch.

you are Absolutely right!!I cant believe how Apples got so many people fooled. People should abandon the apple ship. As a very old Apple user ( Iphone 4/4s/iPad2/3)I do agree with a heavy heart that Apple has now resorted to below the belt litigi...

some desired specs of follow up to the Galaxy Note increase to 6" display (reduce bezel at the short sides,move home button onto edge or eliminate,remove SAMSUNG logo) same 1280x800 no larger overall dimensions pentile or not (not imp...

So, trying to interpret your comment. You're saying you prefer the trade off of size over sheer power of the Galaxy note 2 over the S3 & feel that the Note 2 gives you more flexibility with use of the S-pen & the fact that for day to day...