The extremely popular Samsung Galaxy Note II is getting two additional paint jobs - Amber Brown and Ruby Wine. This is surely not surprising for the Note II fans, the info about the new colors leaked on the New Year's Day. Still, now the two new paintjobs are finally official, which means they will probably be heading to a store near you in the coming weeks. 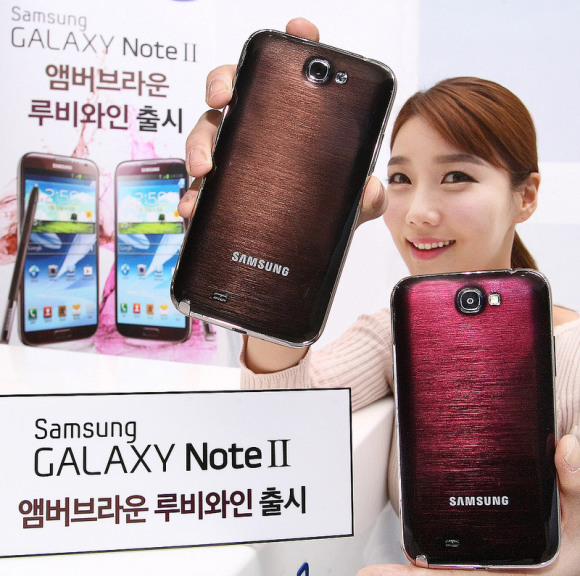 The two new Samsung Galaxy Note II editions will be available in Korea immediately with a more global rollout expected to start soon. Unfortunately there is no official info on which countries will get them next and when exactly, but we guess they should hit the markets worldwide in time for Valentine's Day.

Are they available in pakistan?