Galaxy On5 shows up on Samsung's site, a 5'' entry-level phone

Is it official yet? It doesn’t quite seem like it, but the Samsung Galaxy On5 is up on the company's website, specs, images and all. The Galaxy On7 is not entirely official yet, all we found was the user manual.

Update: the page has been taken down. 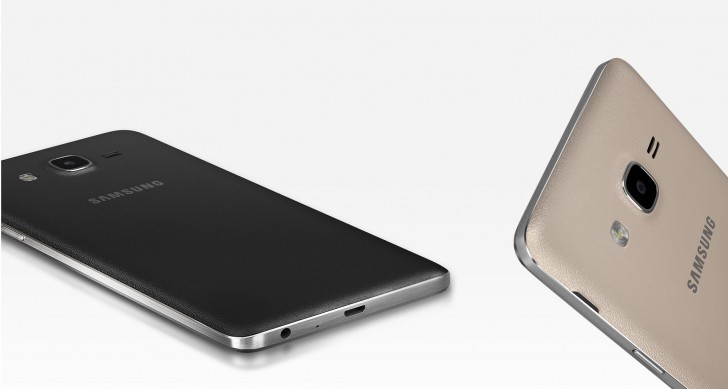 The power comes from a quad-core processor hooked up to 1.5GB RAM (an Exynos chipset probably). The phone has 8GB of total storage, about half of which is available to the user, but you do get a microSD slot. It runs Android though we're not sure on the version as it's not listed.

The camera department is fairly solid with an 8MP main camera that captures 1080p video, plus a 5MP selfie camera.

The Samsung Galaxy On5 is a dual-SIM phone (microSIMs) with LTE connectivity (TDD and FDD). The removable 2,600mAh battery promises up to 13 hours of browsing (on Wi-Fi, 11h on 3G) and 12 hours of video playback.

This one packs a larger screen, 5.5", with the same 720p resolution. The camera has been upgraded too, a 13MP main shooter and you get a slightly bigger battery, 3,000mAh. Those are all the specs for now, things like connectivity and chipset should be mostly the same.

Source | Via (thanks for the tip, Teja!)

tomoro I am buying Samsung Galaxy On 5 for my loving wife. I am sure she will like phone. Low price with good features and best thing is 1.5 GB RAM with 1.3 GHZ Quad Core. Thanks Samsung Team.

Winnie there is a google on on5