The Galaxy S10 phones are due to launch soon and they will bring the first major improvement to Samsungs wireless charging thanks to the Samsung EP-P5200 charger that was certified by the FCC.

The new charger is rated at 12V/2.1A input. For comparison the EP-N5100 takes 9V/1.67A input and outputs 9V/1A  thats 9W of power and about 60% efficiency. Assuming a similar performance we can expect around 15W of charging power for the new phones (which lines up with the description of less than or equal to 15W). 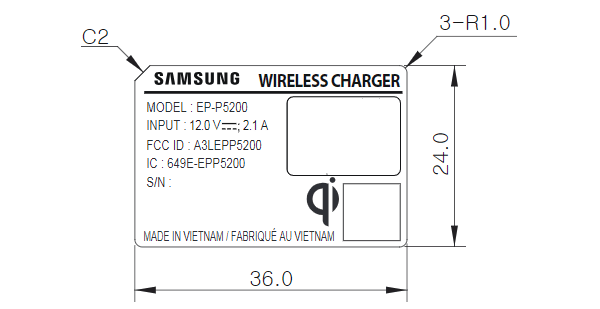 Thats as fast as the current Samsung Fast Charge, which outputs 9V/1.67A over the wire (15W again). By the looks of it, the Galaxy S10 phones will stick to 15W wired chargers so they will charge equally fast whether you use a wired or wireless charger.

Well i don't know about gladly. It's still pretty much the most rounded device, but even the great note leaves a little to be desired for the 1k mark. Let alone up to 1.25K

yep I Just read it after answering to you!

I'd gladly pay $1000 and not even have that as a consideration as it's not needed. The adaptive fast charger works great.